Botox® is a form of Botulinum Toxin A manufactured by Allergan 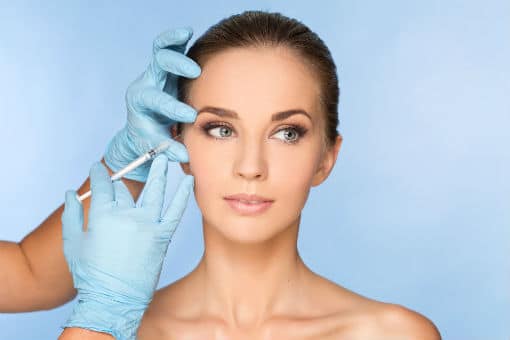 Botox® is a form of Botulinum Toxin A manufactured by Allergan, which is purified from bacterial cultures and processed into an injectable protein. It has been used for years to treat patients with certain muscular disorders. More recently, Botox has been getting attention as an anti-wrinkle treatment that is quick and convenient with minimal side effects.

Wrinkles are formed over time as the facial muscles contract to laugh, smile or frown. As these muscles contract, “grooves” are worn into the skin, resulting in each individuals unique pattern of facial lines. Botox relaxes the facial muscles by attaching to the nerve terminals, blocking the action of chemical neurotransmitters. This prevents the muscles from contracting, allowing the skin to relax which reduces or even eliminates the overlying wrinkles. Botox has a long term safety record. For over 10 years, Botox has been used to help patients who suffer from blepharospasm, a muscular disorder that produces a constant twitching of the eye.

We use a micro needle to inject a small amount of Botox into the tiny muscles in the area around the wrinkle(s). Pain is minimal and most patients compare the sensation to a bug bite. Injections are normally given every three to six months since the effects of the treatment diminish over time. Usually, results are seen within the first few days following injection. The duration of benefit is often extended with each successive treatment, therefore the second treatment often lasts longer than the first, and so on. Because everyone’s anatomy is a little different, the intensity and duration of Botox effect varies somewhat from person to person.

Botox is commonly used on the vertical “frown” lines between the eyebrows and on the horizontal lines on the forehead. It is also quite effective on the “crow’s feet” at the corners of the eyes. Botox treatments are highly effective, and in most people will create a more alert, refreshed and younger appearance. Often, depending on the lines or wrinkles treated, Botox can produce a friendlier, less “stern” look, too.

Botox® is a relatively new procedure using Botulinum Toxin which was developed to treat the visual signs of aging by reducing or removing wrinkles. The procedure is considered a safe, effective way of treating aging skin. Common areas for Botox® injections include horizontal forehead furrows, vertical lines between the eyebrows and “crow’s feet” around the eyes. Botox® has proven to be the best non-surgical form of facial rejuvenation and is capable of producing phenomenal improvements in your appearance.

Reasons for Considering a Botox Treatment:

The procedure works by altering the facial muscles beneath the skin that are related to wrinkles.  A cream with local anesthetic will be placed on your skin prior to treatment, and ice will be immediately applied upon completion of the Botox® treatment.  Typically a small amount (1-2 cc’s) of Botox® is injected into the area of the wrinkle.  Botox® works by blocking the impulses from the nerve to the facial muscles, thereby relaxing them.  The result is the underlying facial muscles relax and the skin begins to smooth out.  The effects of a Botox® treatment will last approximately three to six months after which the patient may choose to repeat the procedure.

Patients generally return to their normal activities immediately after the procedure, however following the post-procedure guidelines will dramatically reduce the length and intensity of the recovery period. Patients should avoid engaging in heavy physical exercise, applying cosmetics, or laying down flat for a minimum of 4 hours after the injections. It is also advisable to avoid rubbing or massaging the injected area for at least 24 hours.

Emergencies are our top priority. Please CALL us immediately and we will accommodate you as soon as you call!

We see all patients on an appointment basis, and ask that you call in advance so that we may reserve time for you. You may also schedule online below.